The coefficients $a$ and $b$ are respectively the intercept and slope of the relationship between the observed variable and the trait. 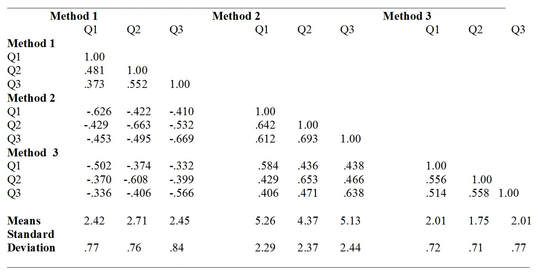 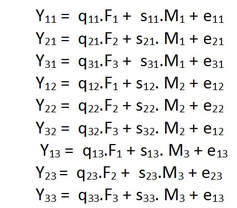 These results show for example that for question 1 ($y_{11}$) in method 1 only 53% ( .73 squared) of the total variance comes from the trait 1 ( quality of the measure), 7% (.27 squared) is systematic error variance due to the method 1 and 39% is random error variance. In the same way the other questions can be evaluated.
We can also directly compare the quality coefficients and see that for method 2 all three questions have the highest quality coefficients compared with the other two methods. This is not necessarily true for different topics. Therefore, many experiments with different topics and methods are necessary.